Time to lift these perennial “masks” 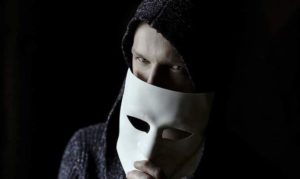 It is not just Corona season – it is also masks’ season.

Save for a few who have neither concern for themselves nor for others, the vast majority of people who venture out for various purposes don masks.

Masks, of various kinds. The medical ones, the disposable ones, the reusable ones and anything that serves as well, a mask.

But from time immemorial, we have all been wearing masks. You and I have been wearing masks to protect ourselves from a different type of unidentified and undefinable virus, which is bound to hurt us if we slip them off.

I have been wearing them from childhood ever since certain incidents forced me to go within and hide under them and not show my true self. I have been using them to protect myself with unusual defense mechanisms; sometimes crazy behavioural patterns, which has now ingrained myself on me that I unconsciously or consciously switch on.

I don’t know about you all, but I wear them not to get hurt. I know I am not true to people but then I never said I was an honest man.

And I have seen people switching from one mask to another like one would a hat.

I know of someone who can metamorphose into perfect sainthood although his hands are dripping with the unseen blood that he has drawn from destroying innocent lives; sucking their hard-earned money. His modus operandi is to come as a saviour to those in dire need of funds. He offers to save them from their sudden money crisis and draws a deal, which in the end would be a loan that never ends. From paying interest upon interest to the moment when he forces the debtor to sell every single posession he has to pay back his loan, which has become ten times more than what he had originally borrowed. This devil wears santa and he ho ho hoes away with your funds, every baisa of it.

But when confronted he says he is a saint and pretends to be one, and most of them fall for it almost wanting his blessings.

Rarely has he been caught though many who have been his victims are ready to tear his mask and expose him.

There are others who wear these Good Samaritan masks. I know one in particular who has been able to earn the goodwill of many for his still to be unveiled charitable deeds, which he claims to have done and are doing and will be doing in the future. He has a way of being there and even inveigling himself to the podium to do a spirited speech on why doing good for society is a must in these trying times. Even before you ask him, he will say he is engaged in the spirit of giving and has no time for anyone or anything as he is involved in so many charities that takes up so much time and money he does not have the time and money to do when a local need arise.

He has a way with words too and he uses that to slide his way out of a situation where he has to cough up what his mouth claims he is ready to give.

But the eel that he is, he slips away leaving empty promises which he refills with more of the same in the next opportunity he gets.

Then comes the cool dude masked ones who seems to be such cool characters.  These coolsters act as if nothing affects them and they don’t care a hoot about anything or anyone. But it is a revealation to see their feathers ruffled and they flutter away when the heat is turned on them and their heels turn so hot that they burn a hole in the ground at times of trouble.

Talking of trouble and then we have to turn our attention to the brave and courageous masked ones. These are the big mouths who talk big and claim that they would swat a lion if the leader of the jungle so much so turn a single mane at them. They are so full of themselves and their larger than life personalities will for some reason make us believe that nothing will unfaze them and they are ready to catch the raging bull by its horns and tame the snorting, hoof stomping creature. But when it comes to the crunch, like the cool dude, the brave one too disappears in a cloud of dust.