“One drop of spirituality” to every human being: Sadhguru shares vision for the planet 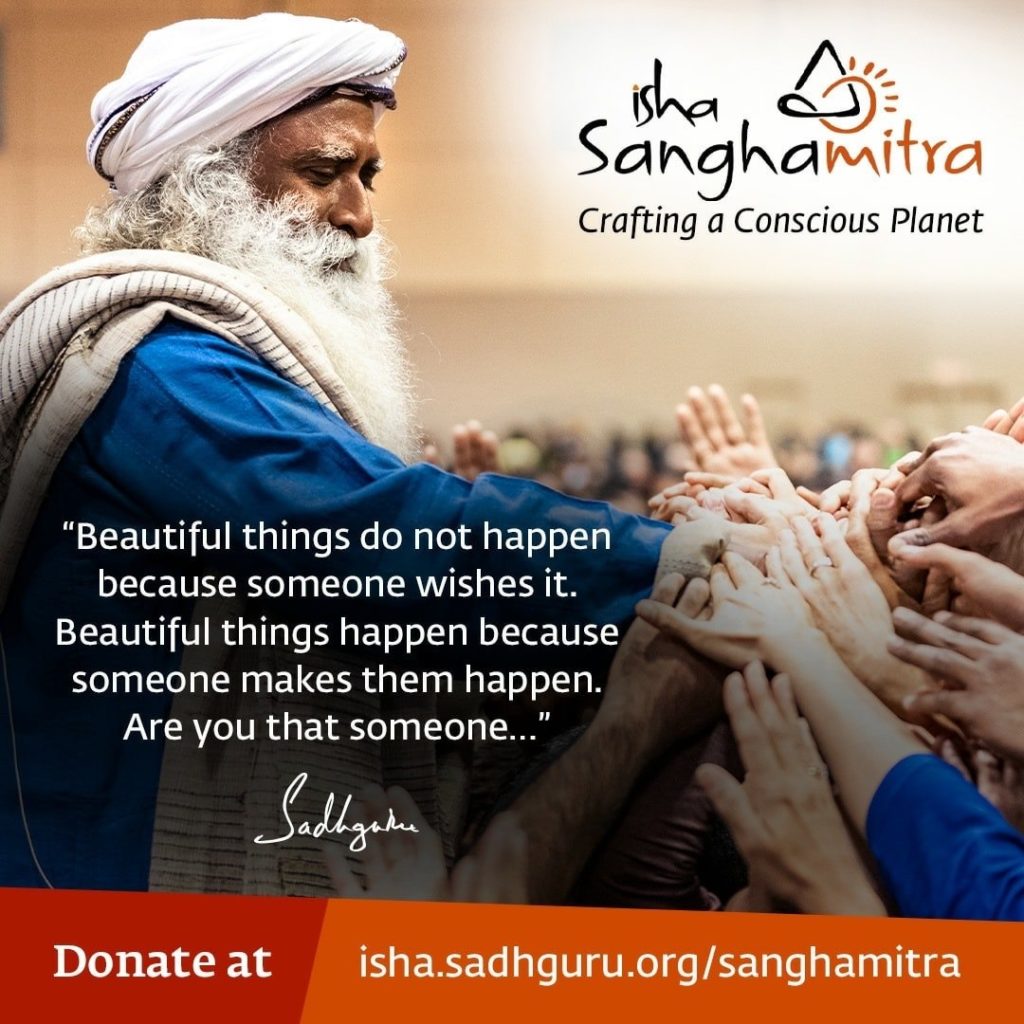 COIMBATORE, INDIA: “Depending upon how willing you are, I’m available to you,” said Sadhguru, Founder, Isha Foundation, in one of his most emphatic exhortations to humanity in an online Guru Purnima sathsang aired live around the world. In the backdrop of a rampaging virus, crumbling economies and an uncertain future, nearly 500,000 people from around the world plugged into the virtual sathsang aired on July 5.

He spoke about the different ways in which the dimension called “guru” is used by people – as inspiration, as friend-philosopher-guide, as a doorway and as the destination itself. For those who have made the guru their destination, he said, “If you become like this, I will make sure you are ecstatic every moment of your life, for sure.”

In his inimitable style combining wit and profundity, Sadhguru answered questions on Adiyogi, the Adi Guru; what disciples can do for their guru; the future of Isha Yoga Center; the recent death by suicide of a young Hindi film actor and Isha’s outreach efforts to help rural communities in Tamil Nadu cope with the fallout of the lockdown.

Referring to his ambition to make the whole world blissful, Sadhguru said, “We need a striving from a significant population so that we will be better failures than the trajectory is right now. And we are going to make sure that in the next few years, we will definitely hit a higher trajectory. And if you want to be a part of it, if you want to put your energies into it, whatever you have, you can put (into) it.”

He spoke about Isha Sanghamitra, a commitment to create a more conscious planet by offering at least “one drop of spirituality” to every human being on the planet. Isha is offering its Inner Engineering Online program free of cost for medical personnel around the world and at heavily discounted rates for all. The Foundation has also released several yogic practices for free download such as Isha Kriya, Simha Kriya, Chit Shakti meditation and Upa-yoga among other simple practices that can bring stability and harmony between body, mind, emotion and energies enhancing one’s immune system, emotional balance and stability.

“Unconscious human beings are the only problem you have on this planet,” Sadhguru said speaking about the ‘Conscious Planet’ initiative that was set for a global launch in March this year but has been pushed back because of the pandemic. “Even now, this pandemic flying around the world like this is basically because of unconscious human beings. If only human beings were a little more conscious, very easily we could’ve contained this.”

Speaking about Cauvery Calling, an ecological initiative to revive river Cauvery, Sadhguru said, “In spite of the pandemic, the work on the ground has been happening as it should happen,” and that tree-based agriculture, the model promoted by Cauvery Calling, would ensure “long-term well-being for the farmers.”
On the recent death by suicide, of a young Hindi film actor, Sadhguru said that the education system offers “nothing, nothing means absolutely nothing at all, in the whole process of growing up as to how a human being should handle his or her faculties, how they should address themselves. It’s all about fixing the world. For that we’re paying a price as a generation.” Stating that 800,000 people commit suicide annually, Sadhguru added that “every forty seconds somebody is taking their own life. This is the worst tragedy that’s happening in the world.”

This is the first time in the Foundation’s history that Guru Purnima, the most important event on the Isha calendar, was an online event. It was streamed live from Isha Institute of Inner-Sciences in the United States.