Oman welcomes over 3.5 million visitors in 2019 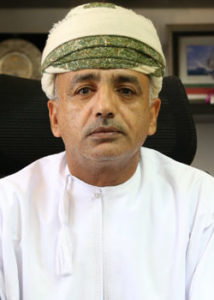 MUSCAT – The Sultanate of Oman welcomed more than 3.5 million tourists in 2019, which reflected an 8.14 per cent increase as compared to the number of visits registered in 2018.

The growth can be attributed to the continuing efforts made by the Ministry of Tourism to entice more regional and international visitors to the country and achieve the goals set forth in the ‘Omani Tourism Strategy,’ which also aims to position Muscat as a highly-preferred tourism destination and a city that is interlinked and integrated with other key destinations in the country by 2040.

Official figures showed that the total number of visitors from the GCC countries reached 1.4 million last year, while 436,000 came from India, which was a 21.8 per cent increase as compared to 2018. During the same period, visitors from China reached 107,000.

Statistics showed a 141 per cent growth in the number of Chinese tourists who visited Oman last year, encouraging further the Sultanate to push its plan of opening a tourism representative office in China next year. The positive tourist flows in 2019 impacted Oman’s gross domestic product (GDP) and further strengthened the country’s status as a unique regional and international tourist destination.

Cruise ship tourism was a big contributor, with 283,000 passengers–a growth rate of 46.63 per cent as compared to 2018–arriving in the Sultanate in 2019. Consistent increase has been noted since the Ministry’s efforts to make the local ports, including Sultan Qaboos Port, Khasab Port, and Salalah Port, an ideal and attractive option for cruise lines.

Salem Adi Al Mamari, director general of the tourism promotions Department, Oman Ministry of Tourism, said, “The excellent tourism figures we are seeing now can be attributed to the investments that the government has made in the local tourism sector; the promotion and adoption of global best practices in the hospitality industry and the development of more world class hotel establishments in the country.

Through its charming and beautiful nature, hospitality, unique traditions, and rich cultural heritage, the country is able to promote both its natural resources and also sustainability. Over the years, intensified tourism campaigns have been launched to meet the government’s target of over 11 million tourists by 2040.”

Al Mamari said, “Several campaigns, programs, projects, and clear strategies have been deployed to drive domestic tourism. Part of our efforts is to diversify our tourism products according to the needs of our visitors. Our aim is to provide them with an experience that cannot be found in other regional destinations. We have successfully established Oman’s reputation as one of the most secure and safest tourist destinations in the world. Furthermore, the Sultanate boasts of impressive natural resources, unique cultural heritage, and beautiful historical sites. The 2019 positive results have inspired us to embark on more ambitious projects to further highlight the uniqueness of our country. We will also participate in more prestigious international forums to raise the global community’s awareness on the Sultanate’s beauty and hospitality.”