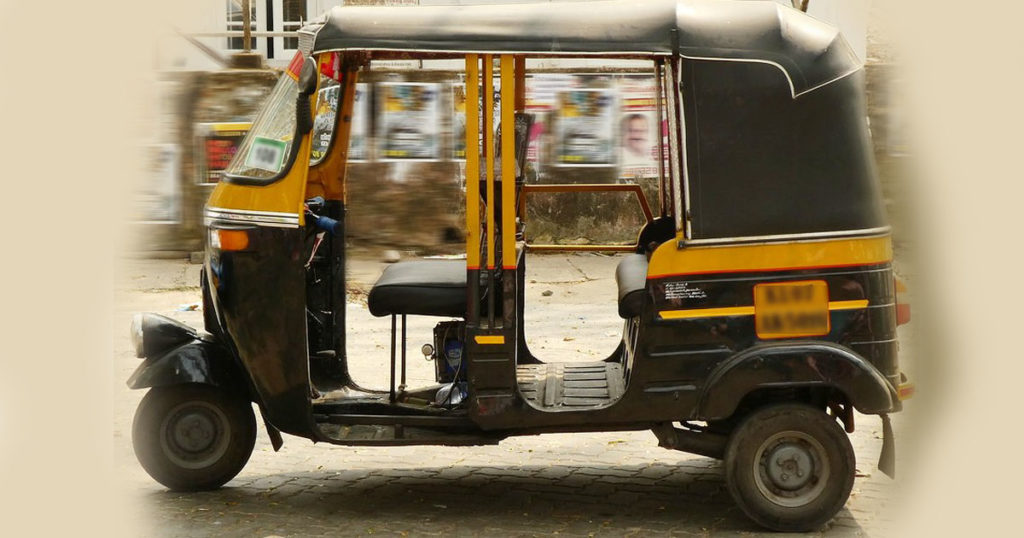 I didn’t have to wave him down, clap or shout. Before I even thought that I would need transport, the moment I stepped out my brother’s home in Kannur during the recent lockdown allowance period, than the auto appeared before me.

The auto rickshaw driver didn’t even ask me where to. He sat patiently for my awkward self to get in. Put myself in first and then my backpack or was it my backpack first and then myself? D-uh? And then getting both entangled in the narrow entrance, cursing and finally urging him to take me to a place some distance away.

Sometimes, mid sentence, they would drive off saying they weren’t going that way! But macha, I want to go that way. I am the passenger. You should take me where I want to go, not where you want to go, I would be screaming and running behind the not-so-impressive back of a fast-receding auto.

Now you may think this is a rant against auto rikshaw drivers per se, no sir, nothing like that! This auto driver was so nice that I could feel his warmth right back where I was seated. Kind of warm isn’t it, I said without thinking. Yes, he replied pronto. It is hot today, could be a sign of an impending rain, he said, peering through the front windshield skywards where the clouds were silently forming together, with no thought of social distancing.

I couldn’t see his face properly because of his large handkerchief, but we were even because I was also sporting a proper face mask, which not only hid my face but also caught my words like a fish net.

Maybe that is why when I told the driver where I wanted to go he didn’t utter a word. Perhaps, he didn’t understand.

In pre-corona times, he would have said, look it is quite a long way off, you will have to pay my return too. And I would have protested saying that it was still broad daylight and not post midnight and he could still get a passenger on his way back. But, here there were no arguments, no angry clanging of gears, no ultra sharp turns and mindless honking followed by choice expletives to drivers of vehicles he wrongly and dangerously overtook!

By this you must be thinking that I had something against auto drivers of my hometown.  But, no nothing like that, sir! You might even doubt the veracity of my statements asking me how do I know so much of auto drivers’ aberrant behaviours, when I claim to walk everywhere!

But I do. Yes, I have been walking everywhere, but there are places where I have to go where my feet can’t reach. By the way I have been around for more than half a century and I know a thing or two about auto drivers.

Just a few weeks ago when a member of my family was hospitalised and the rest of us were stuck there too without transport in the height of the lockdown situation, not one auto man agreed to come even when I prostrated before the dirty tires of their three-wheel contraptions.

By all this you must really be thinking that I have something really bad against auto drivers! No not at all because that night one auto driver did take the risk of ferrying us from hospital to home without even tending to charge us much, so much so I felt obliged to pay him more than what he asked.

In stark contrast to that day, during our next hospital visit, which was on a lockdown relaxation day, as many as six autos kept revolving in the busy hospital yard — much to the chagrin of the watchman there — asking passengers whether they needed a ride.

I stood there and watched as these autos, which looked like big birds of prey circling around a potential bite, kept moving around. One of them even asked me whether I needed a ride as though he was offering a free service from Koyili Hospital to anywhere, or maybe Timbukto!

Now this driver I was with even agreed to wait till I finished my chores at my destination and sure enough he was there waiting for me even though I got delayed. There were no complaints, no mutterings, no harsh and dangerous overtaking or sharp turns, usual signs of an angry driver who was kept waiting (even though they usually had nowhere to go). In fact, this one was so docile that I thought he would not even ask for his dues. Of course he did! But not a paisa more! Quite unlike the ones I usually confront!

By now you must be thinking that I really have an axe to grind with auto drivers!

Also read:
Death of a scribe