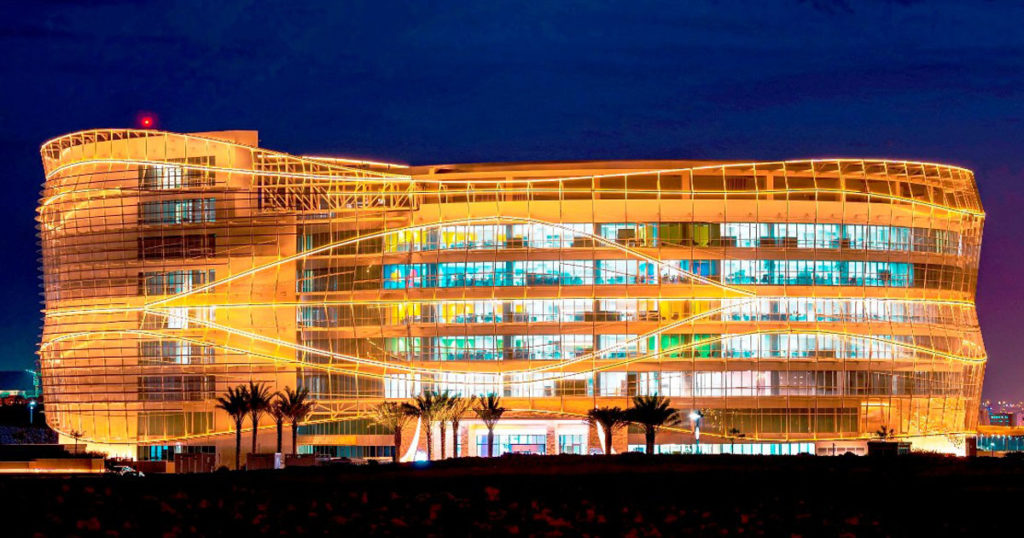 MUSCAT: Oman Telecommunications Company S.A.O.G Group (MSM: OTEL) announces its financial results for the six-month period ended 30th June 2020, achieving a net profit of OMR 100.5 Million (before non-controlling interests) compared to OMR 126.5 Million in 2019, a decline of 20.5 percent. This decline on the business was mainly driven by a 27 percent year-on-year (YoY) decline in Group’s net profit for the second quarter of 2020 due to the unavoidable impacts of COVID-19 pandemic, predominantly on the core mobile business.

The Group recorded relatively stable consolidated revenues reaching OMR 1242 Million in first half of 2020 compared to OMR 1258 Million in 2019.

Omantel Group achieved these results despite the impacts of COVID-19 pandemic that virtually halted economic activity and travel across the region. Omantel’s management priority was to ensure its network was operating at optimal levels to provide vital connectivity to the Omani authorities and community, as demand for mobile and fixed broadband reached historic highs.

Furthermore, through its proactive steps and focused strategy, management was able to mitigate the COVID19 impacts through a series of initiatives that included significant investments in digital infrastructure (Enhanced Mobile App, Portal and the Call Centre) which helped in ensuring that the digital channels were available for the customers to enjoy uninterrupted services.

Moreover, Omantel earlier investments in 5G infrastructure helped to grow Home Broad Band revenue by 8.1 percent in the first half of 2020 compared to the same period of 2019.

Omantel domestic operations revenue witnessed an increase of 11 percent YoY reaching OMR 288 Million in the first half of 2020 compared to OMR 259 Million in the same period of 2019. This was mainly driven by increase in international transit international wholesale business and handset revenues, which are typically low margin revenue streams compared to the core mobile operation’s revenue.

Adjusted for the above, core mobile related revenues for first half of 2020 was OMR 221 Million compared to OMR 232.5 Million in 2019, a decrease of 5 percent YoY which had a significant impact on EBITDA and net profit during the period.

Proactive Cost Optimisation measures on both opex and capex which included contract renegotiations, cancellation and re-scheduling of some capex projects, efficient cash flow management among others have resulted in overall reduction of 6 percent in operating and administrative expenses YoY.

Among the key elements that had an impact on the margins were the decline in the overall voice revenue on account of free airtime offer launched from  March 27 to  April 15, 2020 to support the community members to stay at home and maintain social distancing, further decline in enterprise voice revenue on account of the lock down, lock down resulting in closure of retail shops, partners outlets etc. leading to lower recharge, leisure and travel coming to a halt leading to reduction in roaming revenues, decline in Mobile Broad Band revenues on account of substitution effect with Fixed Broad Band revenues, increase in impairment charges (as required by IFRS 9) on the Enterprise and Government segment which is in line with the recent rating downgrades announced by the rating agencies in addition to the lower collection realized during the period.

Commenting on these results, Talal bin Said Al-Mamari, CEO of Omantel said, “There is no doubt that the Corona pandemic and the precautionary measures taken by the concerned authorities to alleviate its effects have affected all business sectors around the world. Omantel proactively sought to mitigate the impacts of this pandemic, first by focusing on providing vital connectivity to all to ensure access to essential medical, commercial and financial services. Second, our business continuity strategy saw the implementation of a number of innovative measures and initiatives to mitigate the effects of the lockdown on the business”.

Al-Mamari continued, “We are pleased by the resilience of our business given that our domestic revenues grew by 11 percent and overall Group revenues were relatively stable. This would have not been achieved if it were not for our dedicated employees who made sacrifices throughout this time of crisis. Omantel ensured its employees’ safety by supporting and providing them the necessary equipment to efficiently and safely function.”

The fight against Covid19 initiatives implemented by Omantel:
To support the national efforts to confront the pandemic led by the Ministry of Health, Omantel procured 24,000 COVID-19 test equipment and providing technical support to the parallel call center of the Ministry.

Assisted various business sectors to ensure the continuity of their businesses especially during a period at which the economic activities were closed.

Innovative ICT solutions enabled the acceleration of the digital transformation in different sectors and businesses.

Among these initiatives were the free subscription to virtual collaboration platforms such as Webex, Microsoft team and Igtimaati platforms and reducing the burden of the pandemic on the SME sector such as the postponement of its monthly payments for a period of three months.

Omantel worked through its existing partnerships with many international and local companies to facilitate the distance learning for governmental and private educational institutions in addition to the students in various school and university academic institutions.

Omantel said that these preliminary results are unaudited and are subject to the approval of the Audit Committee and the Board of Directors in their next meetings which will be held within the statuary period as stipulated by Capital Market Authority.