Longing for the days that we have taken for granted 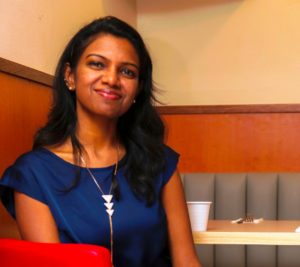 How do we answer this question in a lockdown? I don’t think there would be anyone with five years of experience in effective handling of a lockdown; multitasking between work, children, bosses, home and all of it while staying sane.

No aunty’s pearls of wisdom

Even the Indian aunty who seems to know everything, did not live through a pandemic before, to bestow upon us her pearls of wisdom on how to survive it and be productive at the same time. However, there are experts out there, who still manage to advise everyone around, on the Seven Habits of Highly Effective People (lockdown version).

So, the best answer to that question would be to look at the sky and sigh aloud.

Children are the silent sufferers

There are some silent sufferers we aren’t talking about. Children. They have been deprived of friends, playgrounds, malls, schools and beaches. All of a sudden, their childhood has been ripped away from them and they have been confined within four walls with teachers and grandparents meeting them only virtually. They have been subjected to an unusual load of intense drama, stressed out parents and boredom; all this with absolutely no friends to mingle with. In the month of March 2020, their world suddenly came crashing down, and instantly they were expected to follow a new set of rules, resulting in the fun factor being completely wiped out of their lives. The rules have been more stringent towards children as they have been banned from supermarkets and shops too.

However this time around, we, the parents, cannot deliver the golden punch line that was handed down to us from every generation that ever lived. “When I was your age, I was so systematic during lockdown….” Well? I don’t think so. When we were children, we had other stuff to deal with, and none of that even remotely came close to surviving months on end without friends. Here I am, juggling a full-time job, a kid who is turning anti-social and the spouse who is conveniently using a noise-cancellation headset.

Nagging him to wash his hands, hushing him while I am attending a call, refusing to play with him when he requests…you name it, I plead guilty to have done it. Later, I top up the day with popcorn and Netflix because hey, offering bribes come naturally to parents.

COVID is not only wreaking havoc on the economy and global health, but is also eating into the lives of our children who have conveniently planted themselves permanently on the sofa with a bag of chips. As adults, we don’t have a choice and are forced to watch them glued to laptops and television, verbally armed with “Then, YOU tell me what to do!” as a standard response to anything that is spoken.

Go back to the times…

I wish I could go back in time when my kid could play outside whenever he wanted. The uniforms, school bags, and the long hours I used to spend covering his books with brown paper (after which I wore a neck support for two days and blamed the education system that gave so much work to the parents) are all being sorely missed! I want to go back to the times when I used to drag him back home from the playground at 8 pm for dinner and his friends would look at me as though I am a kidnapper. And the days I listened to all the fights and laughs he had with his friends at school. The nights we sat up together for his science projects.

Never did I foresee that there would come a day, when everything I took for granted, would turn into something that I’d desperately long for.