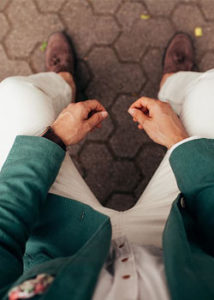 Many years ago, I was introduced to the word “migrant” by the Muscat-based Indian social worker, P. M. Jabir. Until then I used to think of migrants as ‘illegal’ workers. Workers who came to the country on a free visa, worked for some time, then got into trouble either because of their own fault or because someone else tricked them – most of them belonged to the latter category, but more on this later.

Actually, most of the workers became illegal because of some reason or the other and not entirely to their making. They probably had a dispute with their sponsor, or they were not paid their dues/salaries, or sometimes, they broke the rules and in the end, they absconded, became illegal.

Others, like I said, came on different visas, and then they worked in jobs which were not as per their employment visa status and by virtue of that, they were forced to become illegal. They had paid for their visas but when they came to the land of their dreams, they realised that they have been gypped, they were fooled and rendered helpless, because they had spent everything they had; borrowed from all and sundry to get their visa and their ticket and when they finally reach their dream land they realise that they have been cheated.

Not a great feeling to encounter. Some are shattered from that very moment and may never recover. Some are able to mask their emotions and go about their ways, trying to eke out a living, however illegally.

For me, from illegal workers, the term shifted to undocumented workers, and even then I was not thinking of the word migrant. Then, like I mentioned earlier, in some conversations or some email replies, Jabir used the term migrant. I liked it and immediately borrowed the term for future use.

Even then I was thinking that migrant(s) was an ideal substitute for illegal workers. But then I never realised that I was also one. I do not know about you, but I am one. I have been living as a migrant for so many years that I think I am an equal migrant as I am a citizen of the country I belong to.

Maybe it was due to a feeling of kindred spirit that I went about trying to do my bit for them. Of course, what I did was not even a drop in the ocean that Jabir and his ilk did (and are still doing in the current COVID-19 crisis).

And until very recently, I never realised that the country I was part of, and the state that I belonged to were all harbouring migrants. All those from neighbouring countries and the other thousands from near or far-flung states were all migrants.

While most of the time, I was up in arms against countries that mistreated my fellow migrants, I never realised that unknowingly, I was also part of the wretched scheme that mistreated migrants from other states who were residing in mine.

It may sound very trite and it would even seem like I am being facetious, but by God, I am not.  A few years back I had vowed to take up their issues and write about their plight till the very end, but as my own world shattered around me, I couldn’t even muster up the strength to string words to make a safety net for this lot and today after many years, I feel a need to say something towards their cause and that is when I realised that maybe, just maybe, charity should begin from home.

Maybe I should start helping this lot who are migrants in my own home country. I remember a phrase from a top scribe who said that “when you destroy the life of a migrant, you destroy his family, including his siblings, his wife and children, his aged and ailing parents”.

Imagine if someone did that to you when you are working as a migrant in some corner of the world. Imagine if you were forced to walk 100s of kilometres, dragging not just your lame leg, but also your amputated spirit?