Evil in the time of COVID 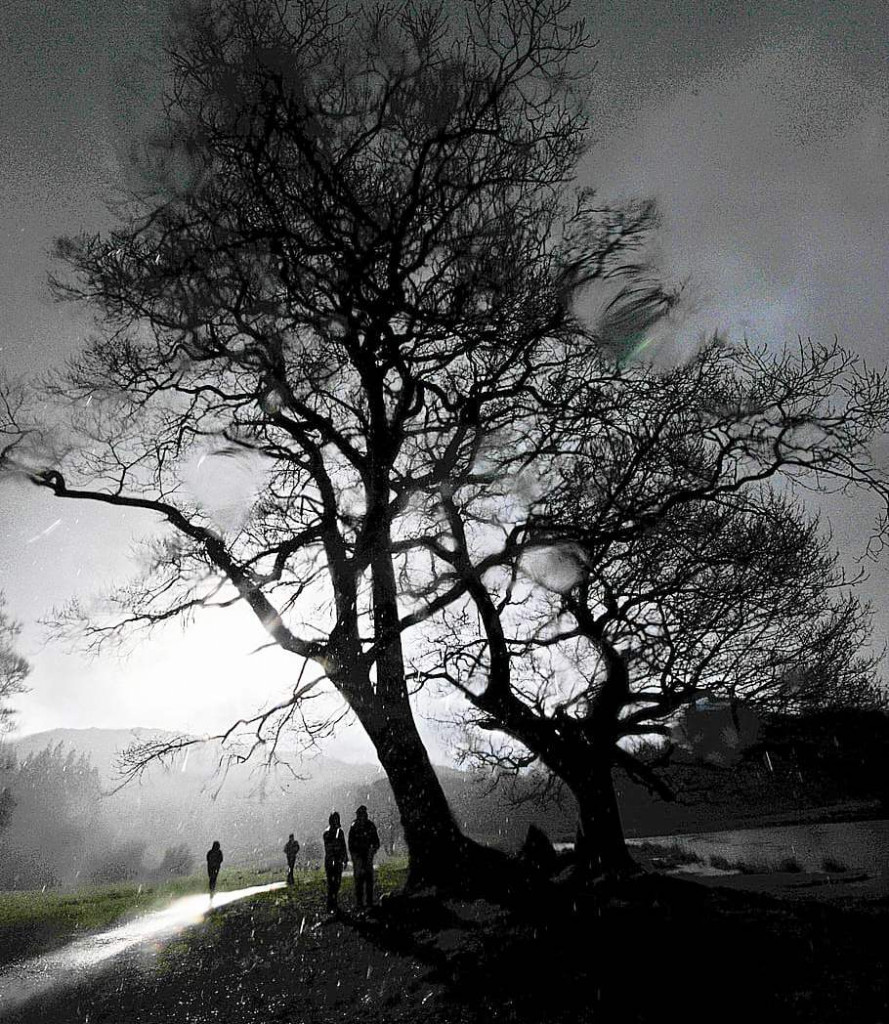 I haven’t noticed it as yet.

But, when a young, socially-conscious neighbour told me to watch out for the suspicious happenings in the ‘semi-forest’ type property nearby, my interest was piqued.

In the last several years, since no activity or no edifice sprouted from this vacant lot, which could easily hold two to three houses in its space, every type of vegetation sprung up and many of them grew into huge, strapping trees that threatened to collapse and decimate the few houses next to it whenever a storm twisted and turned in it, like it did, recently.

Some kind of activities

But, lately, it seems some kind of activities were happening there and not suited for a quiet neighbourhood such as ours, or rather, in any neighbourhood anywhere in the world.

Why don’t you check it out, the neighbour asked me when I bumped into him one night, him returning home from a walk and I, on my nocturnal attempt to fill the skinny, protruding bellies of some four-legged tail waggers in the area.

I will, I said, lifting my face mask to emphasise the words.

Lately, very suspicious activities are being witnessed in the area where no one resided save for cows and stray dogs along with a dozen-or-so snakes and some wild birds.

But as the young neighbour revealed, evil was loitering there. Evil, not of the ghostly kind, but much more dangerous – the human kind. The flesh and blood kind that preyed on innocents.

The isolated area seemed to be a meeting point for either drug sales or even a safe haven for users, my young friend informed.

No, I said, nervously shifting my mask, shaking my head.

Yes, he said, covering his mouth and nose with his.

The danger was that there were two schools very nearby and therefore, a real nest of youngsters to prey on.

Many are in the know of these happenings, my neighbour said explaining how talks on this serious issue were already on and parents of children who were being exploited were already warned.

While the sellers are still unknown, the buyers were mainly the roving youth habiting the area on bikes and cars and worse, even young kids from the schools nearby, he said as the hair on my back rose at the thought.

Since then I have begun to notice things. As the street lights in some of the roads hardly work, both, vigilantes as well as the so-called drug dealers and buyers can operate under the cover of darkness.

And I remember having seen youth on bikes who suddenly stop in the middle of the road, exchange something very quickly and then roar off. I realised that this was happening quite often in the streets that I walk on. It is apparent that these weren’t by friends or even acquaintances, but nevertheless, some exchanges were happening in these lightning quick bike stops. These kids were always passing something to each other. On one hand it may be nothing, on the other, it could be something…

“You heard about the major fight that broke out in a part of the town recently,” my neighbour asked me. No, I said. I had no clue what was happening outside my door.

“There was this young man who had gone to warn the parents of a young user. That youth was attacked by a gang of miscreants,” my friend said. “There were too many of them and they beat the hell out of this man.”

Oh, and where the authorities informed?

“Yes, we even had meetings with them and the residents’ associations are fully aware of these happenings and are very concerned. We are all planning to take some kind of action – we can’t let this happen in our neighbourhood,” my neighbour said, but his voice faltered.

I was lost in thought and so he asked me if everything was okay. “You seemed shocked…”

I am, I said. But, what stumps me is not just that there are these activities happening – I am flabbergasted by the fact that we are in the severe grip of the Coronavirus; people are dying; some have lost their livelihood; some are on the brink of taking their lives; people are desperate and trying to somehow eke out a living. Children are suffering. A precious part of their life has been snatched away from them. Everything is in disarray.

And the night we spoke, that was the third night after a violent wind with non-stop rain had uprooted hundreds of trees on to houses, buildings, on electric lines and electric poles themselves were broken into half; electric lines had webbed small roads and there was the usual post mayhem when such storms hit our small town. People were not just without light, they had no water even for days.

Close by, landslides had washed away hundreds of lives. Many dreams and hopes lay broken in the dark, thick, impenetrable slush.

And amidst these terrible tragedies were some monsters coolly wooing young kids to an ugly beginning and a devastating end right under our very noses.

And although I am raging and raring to do something, somewhere in a corner of my mind I feel like those bending trees in that recent storm.