Death of a scribe 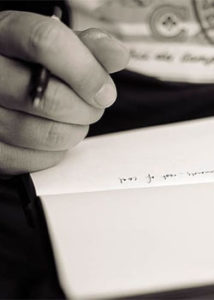 Those who were always against me in continuing with a rather unforgiving and unrewarding profession as journalism have one more major reason now to tell me to give up my slowly dithering passion for this line: the corona virus (COVID-19) pandemic.

Reports claim worldwide that journalism’s future is in peril, especially the newspaper and magazine industry — already walking on a tight, thin rope as far as ad revenues were concerned – which will now face yet another bleak future.

Closures and layoffs
In fact when companies in every sector, which are affected by the crisis, have further reduced their advertising budgets, the direct impact has seen in closures and layoffs in the media industry worldwide. Many have closed their print versions and staff laid off.

Clouds of uncertainty
Even closer home, layoffs, as we speak, is reportedly happening in our part of the lane. Print media is haemorrhaging jobs. Dark clouds of uncertainty are looming above us (even though we shouldn’t be so selfish to think ONLY of us) too and there is a certain disquiet amongst us, which though palpable is still not being voiced.

The question before us is whether we will be able to survive this storm or will our wrecks be seen lying motionless on the shore before the pandemic ends?

I told you!
As I rather mindlessly railed about this to a perennially media disapproving friend, he pointed out that I should have listened to him and chosen another profession or maybe, as he had always suggested, stayed in the same field but taking more of a pro-marketing approach by which I would be in a better state today. And he polished off his admonishing diatribe with three words that I really hate: “I told you!”

Working-class scribes
I did not have much to say in response.
What, I have understood is that it is more of us, the ones who have not made a name; not established ourselves; rather, it is we, the ‘working class’ among scribes in every country, who are going to be hit.

Especially, in crises like this! If you are a known name, a brand and have established deep enough roots, no wave is going to wash you away. But, if not, and you are just holding on to a wet, slippery rock in a violent flow, only providence may help!

Not given up on news
What next?
Before we even attempt to answer that, we must point out to the fact that never in the history of journalism would news have been consumed in the manner in which it is being consumed at the moment. Anything to do with the corona crisis still dominates news worldwide. So, the relief is that people (readers) haven’t given up on news.

Sensationalism sells hot
But as social media is on a rampage and fake news is being randomly splattered on all mediums of news propagation, there is a leaning, more than ever, on sensationalism as it sells hot and cheap!

Silent missions
As the real, diehard conservative news gatherers go about their silent missions, the least that those whom they work for could do would be to put in a system that rewards and support (or at least recognise) real and quality journalism and not pat the backs of those who reel out figments of their imagination.

Bodies will wash up
Without a fallback system like that, quality will suffer and the ones who believe in truth and hard work would also be relegated to the background and soon we will see more ‘bodies’ washed up on the ever-receding shores of real journalism.

And since I don’t fit in either world, I will probably be besieged with more “I told you sos”.

Won’t hear it
The only consolation: by that time, I would also be among those prostrate on the shore, deaf to everything, even the call of the waves to rise!