Have you ‘tasted’ real hunger? 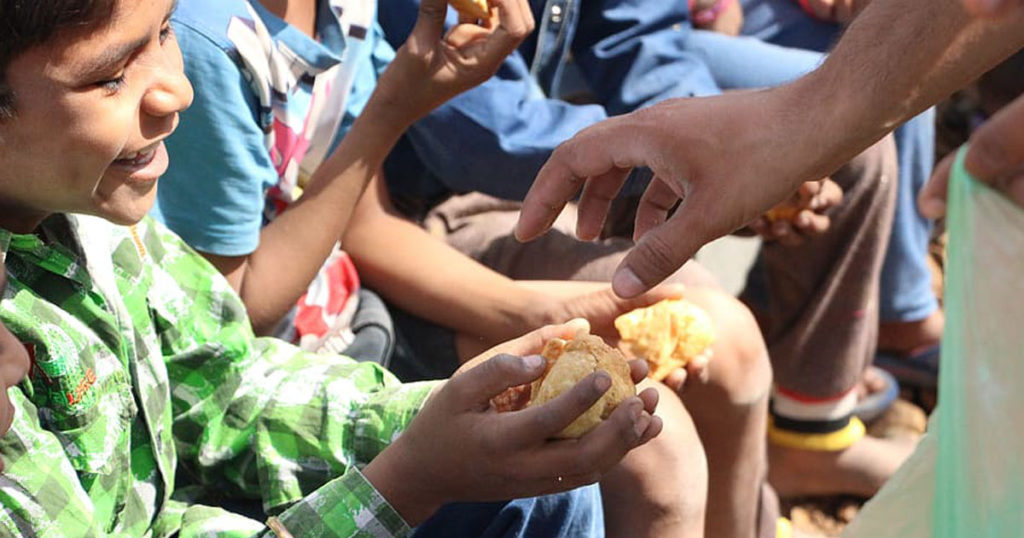 ‘cause real hunger is slow poison killing slowly… Even in the worst period of my life, like now, for instance, I have not starved. At some point, I may have experienced a form of mild hunger, not to be misconstrued for real hunger.

“I haven’t eaten since morning!”

But tell that to me when I would have skipped my breakfast and lunch and didn’t find time to get even a bite to eat or a sip of water throughout the day. By evening, I would have become decidedly morose.

I would have almost lost it by then! I would be like a hissing-sparking fuse of a firecracker that is just about to go. All because I missed a couple of meals. And those who hear me cribbing like an old man (which I am), “God, you know I didn’t have anything to eat since morning, my head is aching, my stomach is bloated with air, I think I am going to drop dead and these people want me to continue working…” would nod their heads in mute sympathy for my cause.

Because they understand what I am saying.

Because we all recognise that kind of rumble.

For, we do not know real hunger.

The answer, my friend…

Real hunger where your body is a shivering thin carcass, bent and dry and brittle and ready to break and crumble into thousand pieces to be blown away in the wind…

Listen, how many times must you go hungry to bed, before you learn the real hunger of a street waif?

How many ribs must your chest protrude before you understand what it is not to have eaten anything for days and days?

How many stones must a poor mutt swallow before it can fill its empty belly? How many dirty puddles must that same dog lick before it can cool its burning throat?

Not a bard
I don’t have the strength, the power or the skill of a bard. For me, these words are mere bricks and I just lay them one by one like I am told to, like a hard hat, a construction worker. I am no architect. I cannot build a story of hunger from imagination alone, especially when mine is just a pack of cards.

Atlas Hungry
We have seen them hungry and starving in movies. Maybe I have ‘seen’ hunger too, but I never felt it in my belly. We may have seen a worn-out figure twisted on the pavement and we would have gone by without a glance; without it even registering that what we just saw was hunger sprawled out there. That decrepit figure who would lie there almost unmoving was no singular Atlas who carried the world on his back. He was lugging something heavier; he was carrying a back-breaking burden called hunger and it just broke him, snapped his back… And he will lie there until he becomes static and a statistic for us to write about and celebrate it in headlines raving to the world that here is one more to be fed into the hungriest mouth of all – that ravenous jaws of death, which devours the starving ones, one by one…

(*) Bob Dylan (nee Robert Allen Zimmerman) is an American folksinger and is hailed as the ‘Shakespeare’ of his generation. He has written more than 500 songs, recorded by more than 2000 artists. He was awarded the Nobel Prize for Literature in 2016. Among his most famous songs include, ‘Blowing in the Wind’ (Source: Net).